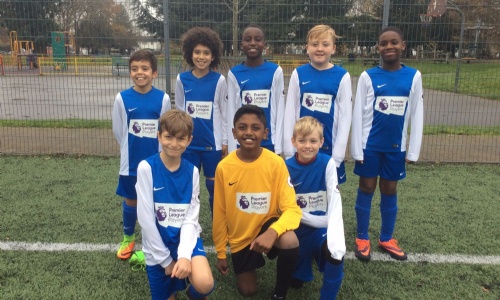 Our Year 6 boys football team put up a good fight against the other local catholic schools. Scroll down to see what happened!

On Monday 20th November, our Year Six boys football team represented the school at the Harrow Saints School Competition at the Cedars Youth and Community Centre. The boys played really well against five other local Catholic schools with great team work and skill.

Despite winning and drawing some of our matches, the opposition was fierce and we finished a respectable fourth out of the six teams competing.

Miss Mazzi would like to say a big thank you to Watford FC and Cedars Youth and Community Centre for the use of their facilities, as well as all the wonderful parents who came to support the boys in their matches.