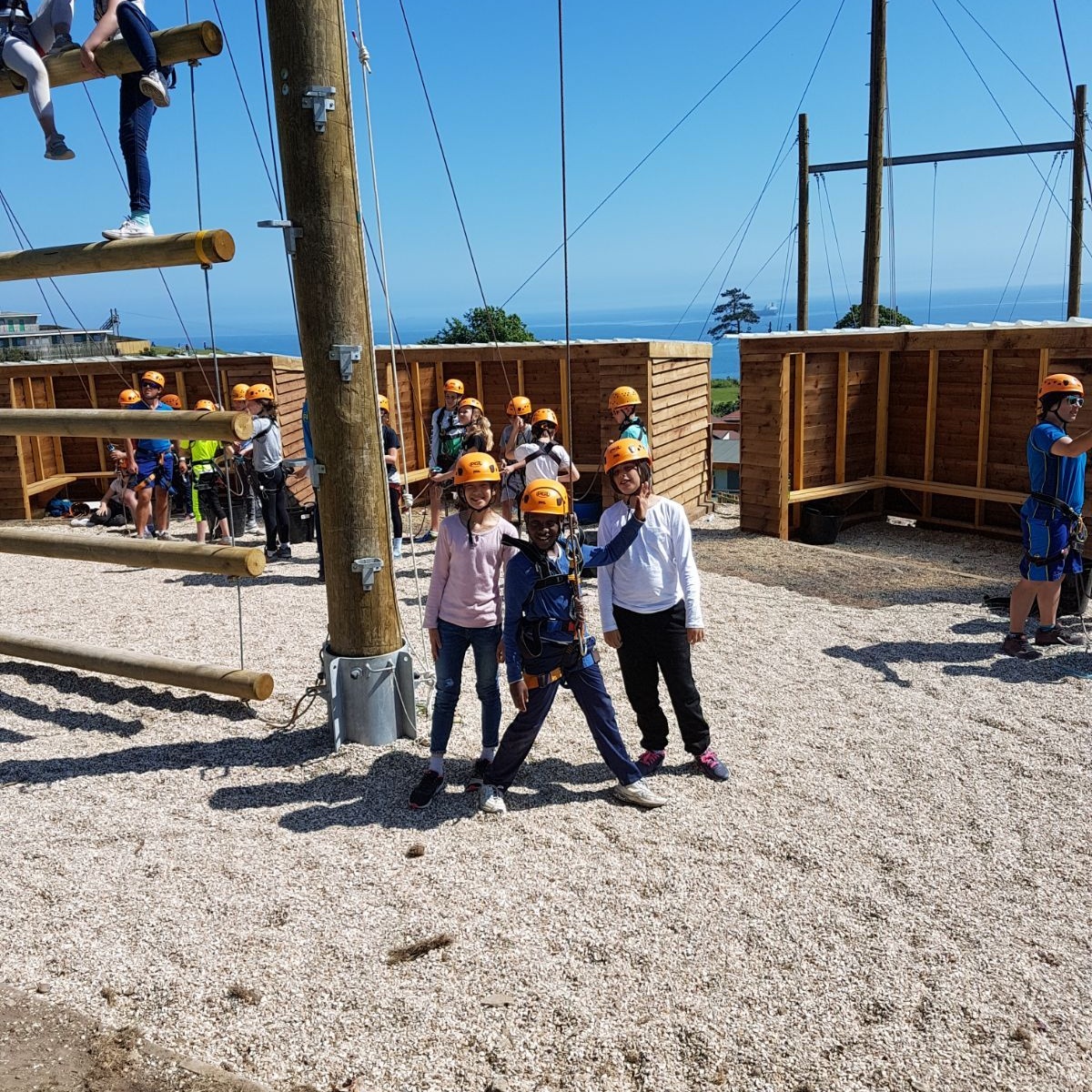 What a sunny day it has been! Not a cloud in the sky!

Everyone felt very sleepy this morning, the boys were absolutely spark out when we woke them and could not believe it was morning already! The children started the day with a prayer service on the green before heading to another tasty breakfast.

We then returned to our Chalets so the children could get washed and dressed before heading down to the basketball court for some Low Level Ropes and Trapezee. In Low Level Ropes the children were taken through a rope course where they had to complete a series of challenges in groups of three. Two children were spotters either side of their third team mate who guided them through the course.

Miss Boyle gave both teams a time challenge where all children had to complete the course in the fastest time possible. The boys throughly enjoyed this activity and loved competing against each other!

In Trapezee the children had to climb to the top of a large wooden pole to reach a small wooden platform. The children then took it in turns to jump off the platform where they were then had to hit a ball before being lowered to the ground.

After lunch we had an adrenaline filled session on the giant swing. The children were split into groups of two and were all strapped into a large metal harness suspended between two large poles. The rest of the group had to pull a rope attached to the swing to raise it into the air. When the metal harness was pulled to the top the children in the swing let go of the rope and were screaming with excitement as they flew into the air!!

The children are currently doing an ambush session where they have to work in teams with our group leaders. Ambush is a team building excercise where the children play a modern day version of hide and seek. As I sit here, the children are counting down from 10 and hiding across our Chalets and having great fun!

We will be getting the children ready for bed and lights out on their return at 9pm. See you all tomorrow for another installment of the Osmington Blog!

Amidst all this fun we can't help but wish Ms Carter and Mrs Redmond were here with us!