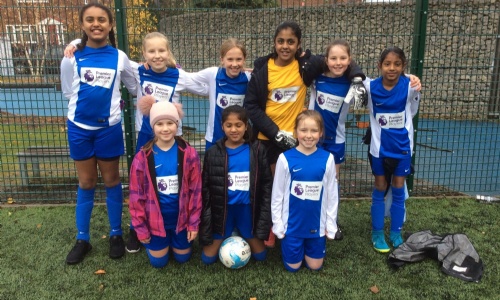 On Tuesday 20th November, the mighty St Anselm's girls football team travelled to Watford FC's Cedars Youth and Community Centre to play against the other saints schools in Harrow.

The weather was freezing and bitter but the girls played like absolute troupers. The results were as follows:

A huge well done to Georgina (who didn't let in a single goal!), Connie, Erin, Julia, Sophia, Kitty, Abarna, Anna and Tiarna! Thank you to Mrs Conroy for attending to the girls with first aid in the bitter cold and to Watford FC for letting us use their facilities.