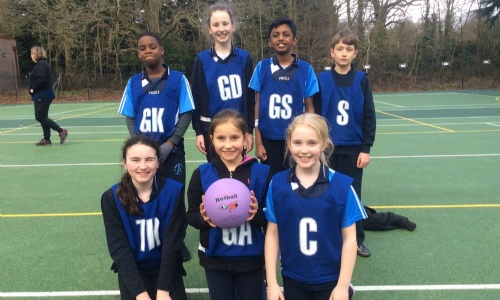 What an exciting and challenging day of netball we've had! Read all about it here!

On Tuesday 20th February, 7 members of the year 6 netball team attended Bentley Wood School to participate in a netball rally against 18 other schools.

We competed fiercely against schools such as West Lodge, St Bernadette's, St Joseph's, Glebe and Vaughan and finished a respectable 3rd!

Sadly, we didn't make it through to the finals, but Miss Mazzi and Mrs Redmond were extremely proud of the team's skilful play and tactics! We did however, find the team doing there homework in between each game in true St Anselm's style!