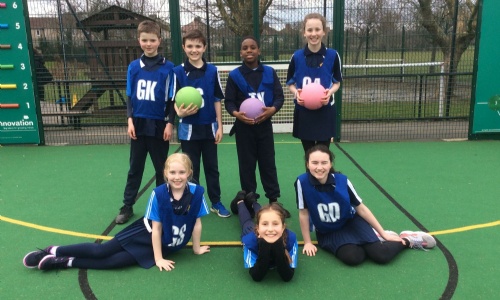 Our last Netball competition of the year! Find out how both of our teams faired at the the 'Harrow Saints' Schools Netball Rally!

On Tuesday 13th March both our A and B year 6 netball teams participated in our last competition of the year, the 'Harrow Saints' Schools Netball Rally' at St Bernadette's in Kenton.

The teams played really well together, showcasing all the netball skills they have learnt since we started training in September.

The level of team work and encouragement was fantastic, with both A and B teams finishing in third place in their respective categories!

Miss Mazzi and Mrs Redmond would like to thank all the year 6 netballers for their hard work and dedication to the team, turning up every Tuesday and playing, despite the bitter weather over the last few months!